It was standing room only and we had a visitor in VK2 Bob VK7BS who has moved down here and is about to become a member of REAST.

The room was setup in a theatre of the round configuration with a big table in the middle with three different Oculus Rift headsets (DK1, DK2 and CE1), computers, high power video cards, controllers and cameras.

Ian then took the audience through the video games that pioneered 3D and VR with Doom and Quake. We started to see standardised 3D gaming engines that most manufacturers adopted.

Ian Mackintosh started with a presentation on Virtual Reality (VR) Archeology. Starting in 1965 with Ivan Sutherland and Ian took the audience through the development of computer graphics and specifically three dimensional computer graphics. The VR boom took off in 1970-80s with Atari with arcade games which overtook the military applications and development. The game that took Atari to another level was Star Wars with vector graphics and Ian bought along service manual for this game. The 1990 saw NASA put resource toward VR along with Nintendo Virtual Boy and SEGA cockpit arcade game. But unfortunately each manufacturer would custom build and develop the hardware and software. Most of these were commercial failures. Ian then went through the VR Recipe including 3D hardware, multi-thread multi core processors, six degrees of freedom, 3D audio, etc.

END_OF_DOCUMENT_TOKEN_TO_BE_REPLACED 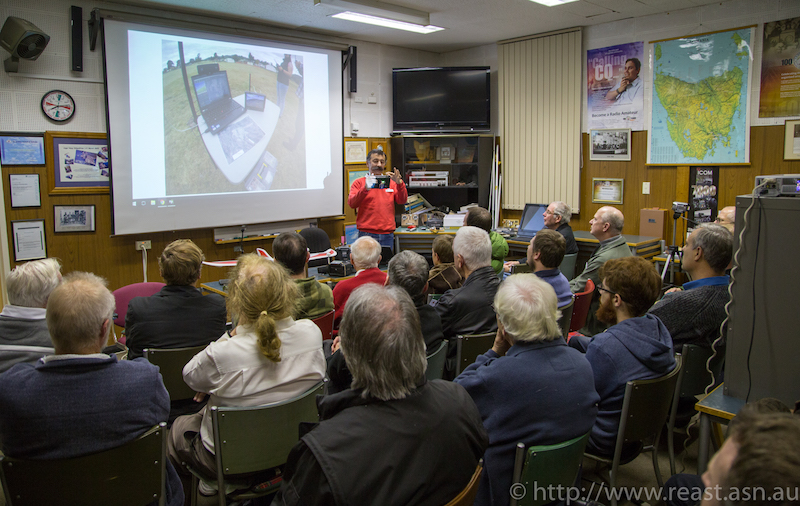 Ron started with some history of his Radio Control (RC) journey starting in 1979 when he was in the Air Force and they had an Aero modelling club and even showed and RC controller from that era.

Ron was posted all over Australia and he took his RC planes with him. Zoom to 1998 and Ron left the Air Force and shelved his interest in RC. A couple of years ago he started to get back into it. The night Walrus was his first purchase and some VR google was he first foray back into RC. This included some interesting innovations including a Visual Approach Slope Indicator for his RC planes and this mirrors the use of this technology at commercial runways.