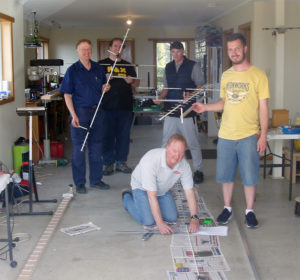 One thought on “1296Mhz Antenna Builds with VK7MO”